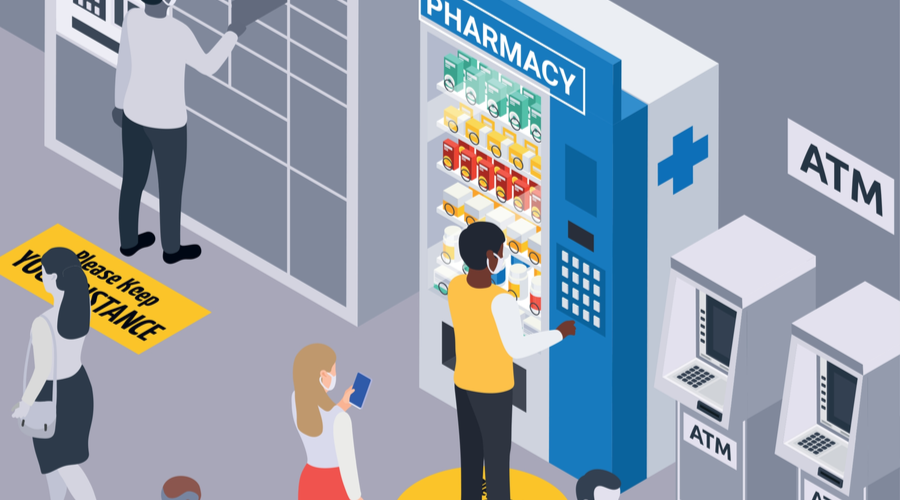 “In 2016, we were looking for a way to extend the pharmacy in a cost-effective way,” said David Smiley, director of pharmacy services. The first thought was to expand to a second location, but the price added up quickly. Mail order helped some patients with access to medications, but with so many patients experiencing housing insecurity, it was difficult to reach people with 90-day supplies.

Shawnee Health Center Pharmacy has two ScriptCenter kiosks located inside clinics within their network. For Smiley’s team, the kiosks were a great fit because they allowed them to fill prescriptions within their traditional workflow and then deliver them securely to patients. “Everything gets bottled just like if they were going to pick it up at our pharmacy. The difference comes in with the packaging,” Smiley said. The prescriptions headed to ScriptCenter kiosks are packaged with a bar-coded bag or clamshell container. When they are placed inside the kiosk, it’s assigned a location within the machine.

Before Shawnee Health Center Pharmacy implemented its ScriptCenter kiosks, patients who lived far from the pharmacy had a tough choice to make. “Those that could afford it might have gone to another pharmacy, but if they couldn’t, they unfortunately went without,” said Smiley.

The ScriptCenter kiosks allowed the pharmacy to reach those patients more consistently and get prescriptions into their hands in a secure way. “For those patients who are most at risk, adherence has improved dramatically,” Smiley said. “They now have a reliable access point to receive their medications at a lower cost.”