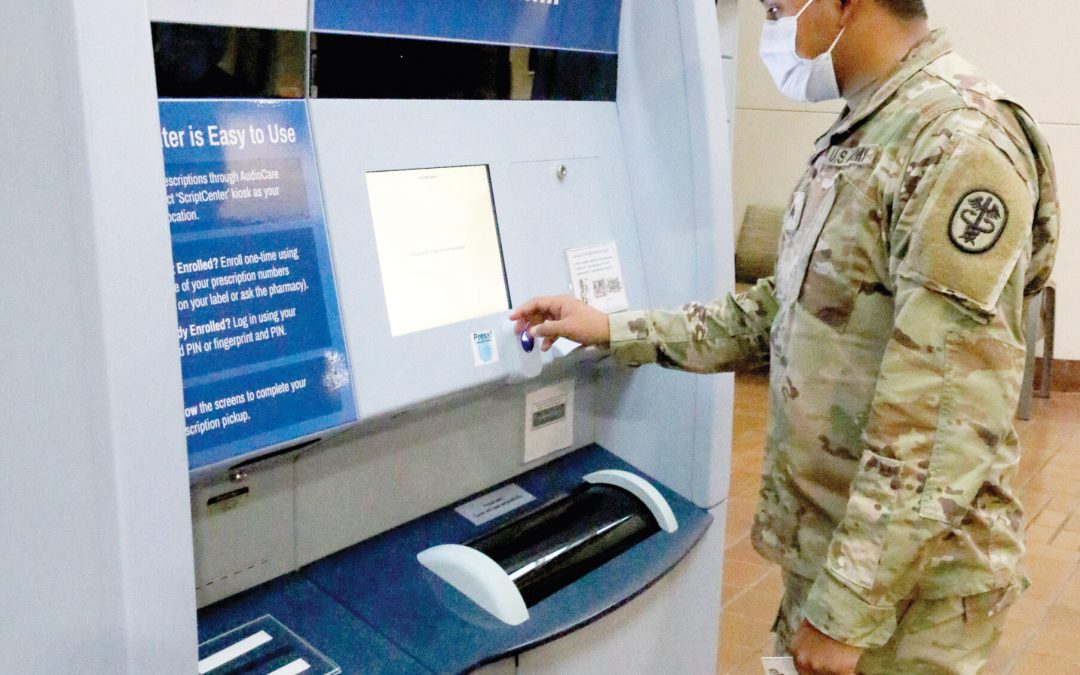 At the start of the pandemic in 2020, Air Force Col. Markus Gmehlin faced a massive and urgent task: adapting the TRICARE Pharmacy system to ensure that everyone could get access to their medications – but to also avoid packing people into pharmacy waiting rooms and potentially further spreading the virus.

Gmehlin, the chief of TRICARE Pharmacy for the Defense Health Agency, said the top priority was safety.

“We wanted to have some good standard guidance to maintain staff and patient safety. That was first and foremost,” he recalled.

The next challenge to address was how to continue providing the medication that beneficiaries need.

“We wanted to maintain access to care for all of our patients, especially for maintenance medications, like high cholesterol meds, heart medications — things that people need on an ongoing basis.”

“We looked at the various military Medical Treatment Facilities to figure out who had the leading practices,” he said.

That worked, in the sense that patients would never have to physically enter the pharmacy.

But Gmehlin said it was not a sustainable plan, due to safety concerns, temperature extremes, and weather conditions.

So Gmehlin and his team initiated a set of new pharmacy programs that have transformed the pharmacy system, including the “Q–Anywhere” and “ScriptCenters” programs. Those changes have proven to be highly successful and will likely remain permeant components of the pharmacy system.

“Gmehlin and his team initiated a set of new pharmacy programs that transformed the pharmacy system, including “ScriptCenters” programs. Those changes have proven to be highly successful and will likely remain permanent components of the pharmacy system.”

“At the end of the day, it is about how we provide best outcomes and health for our amazing beneficiaries.”